Please join our chapter in welcoming our newest member, Jill Surface who is a Project Manager with Vulcraft South Carolina a division of Nucor! Her office is based in Lexington, SC and we look forward to learning more about Jill and Vulcraft.

Vulcraft Corporation was founded in 1946 in Florence, South Carolina as an industrial steel fabrication facility. In the fall of 1954, the company began manufacturing long and short span joists exclusively. Vulcraft – South Carolina became a member of the Steel Joists Institute in May 1959 and was subsequently purchased by Nuclear Corporation of America in September of 1962. 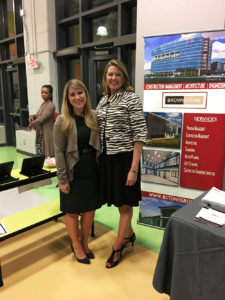 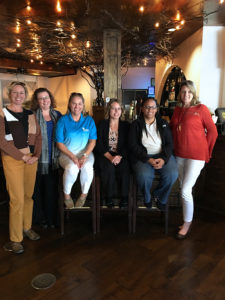 Members discovered that they have a lot in common, are passionate about NAWIC, and genuinely care about helping each other succeed in their personal and professional development. 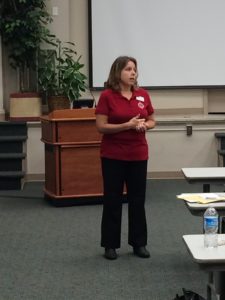 Columbia, SC, November 3, 2016 – Several NAWIC Chapter #113 members attended the Ultimate Business Expo for Small, Woman-Owned and Minority Contractors and Suppliers on November 3, 2016, from 7:30 to 2:00 at the Koger Center for the Arts. The event was sponsored by The University of South Carolina and the South Carolina Airports Coalition. Pictured are April Coleman, Precision Plumbing of Sandy Run, Inc., Tia Hudson, Metcon, and Susan Clary, Contract Construction, Inc. Other members who were in attendance include Haley Ray, Haley Ray Pavement Marking, and Brittany Grabski, Brownstone.

The following information sessions were held: 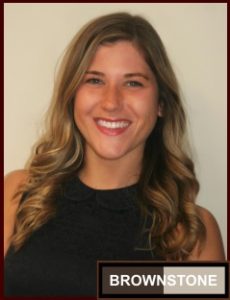 Please help us in welcoming Brownstone as a company partner to our chapter and congratulations to Brittany Grabski! Brittany Grabski has accepted the Marketing Director position with Brownstone in Columbia, SC and they have graciously signed her up as a NAWIC member under their firm!

Brownstone is a full-service consulting firm specializing in Program/Construction Management and Architecture. We are experienced and competent professionals who can manage, design and deliver projects as clients expect, “with superior quality, under budget and on time.” To find more out about Brownstone go to www.bstonegroup.com 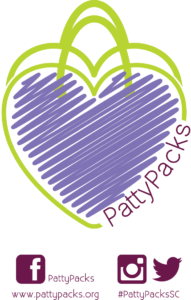 Katie McKinley, a 5th Grade Teacher at Midway Elementary School and the founder of  PattyPacks, will be the guest speaker at our Chapter’s November 1, 2016 membership meeting. PattyPacks was created in loving memory of her son, Patterson Grey McKinley.

The mission of PattyPacks is to assist the families of infants and children born with a vast array of congenital heart defects. PattyPacks strives to reduce the emotional strain on the child’s family during hospitalization.

The inspiration of PattyPacks is derived from Patterson Grey McKinley’s hospitalization, at birth, and subsequent visits to the Medical University of South Carolina. Patterson, his nurses, his doctors and his other heart family friends provided an awesome example of evaluating life’s priorities.

It is PattyPacks intent to deliver “the Pack” for families to utilize during the stressful hours in the operating room and during post op. PattyPacks was launched by the gifts and blessings of many of Patterson’s family and friends and now continues to be supported by the community through fundraisers and our annual PattyPacks Warm a Heart 5K and 10K race.

Over the last 5 years PattyPacks has delivered thousands of packs to families at The Medical  University of South Carolina in Charleston and Palmetto Health Children’s Hospital in Columbia. 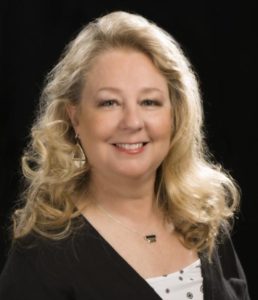 The National Association of Women in Construction (NAWIC) installed Connie Leipard, CIT, as its 62nd National President during NAWIC’s Annual Meeting and Education Conference in San Antonio, Texas on Friday, Aug. 19, 2016. Leipard, owner of Quality Drywall Construction, has been a member of NAWIC’s Central Missouri Chapter since 1995.

“NAWIC is poised to make a positive impact in the construction industry by focusing our resources on member career development through leadership opportunities, education and networking,” said Leipard. “The 2016-2017 NAWIC national board is committed to making a difference by implementing effective training programs for our members. In addition, we will increase engagement with construction employers to determine future training programs. Our efforts will lead to greater success in recruiting and retaining women in the industry.”

Leipard’s theme for her year in office is “Support ­– Encourage – Grow.” This encompasses what NAWIC is all about—enhancing the success of women in the construction industry. She wants to, “remind members of the opportunities we have through NAWIC to make a difference in the industry and for the women employed in it. As we support, encourage and grow, the influence of women in the industry will increase.” 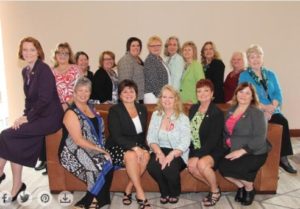 In addition to the officers, the NAWIC board is comprised of a director from each of the association’s eight regions. Each director serves a two-year term and is elected by her peers to bring the wishes and needs of the chapters to the attention of the association. New directors installed include:

NAWIC region directors serving the second year of their term include: 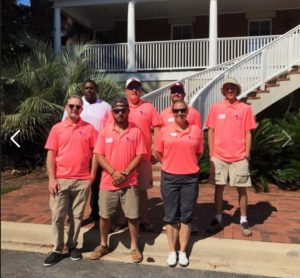 “There are so many of us now! Just two years ago it was just me and Chip. I love seeing our company grow!” – Haley Ray, Haley Ray Pavement Marking

Haley Ray is a member of the NAWIC Columbia, SC, Chapter #113.